‘Fuera Borghi’ (Borghi out) was the message scrawled onto Chile’s Juan Pinto Durán training complex in Macul after the 3-1 defeat to Ecuador in the World Cup qualifier. Accompanied by ‘Vergüenza nacional’ (national shame) and ‘Ladrones’ (thieves), the message was clear: changes needed to be made as Borghi’s reputation had hit an all-time low amongst fans.

The messages appeared after that defeat to Ecuador and before the game against Argentina. La Roja went out against Argentina like a team possessed; hunting down the ball when they didn’t have it and rampant when they did. They moved the ball, down the wings, at electrifying speed, bombarding the Argentina rearguard with crosses. Yet their intense first-half pressure did not yield results, instead they trailed two goals to nil; the defence picked apart by what can only be described as a ‘dream’ frontline: Ángel di María, Gonzalo Higuaín, Sergio Agüero and Lionel Messi.

The game finished 2-1 and Chile dropped out of CONMEBOL’s World Cup play-off place, behind Venezuela and Uruguay on goal difference.

END_OF_DOCUMENT_TOKEN_TO_BE_REPLACED 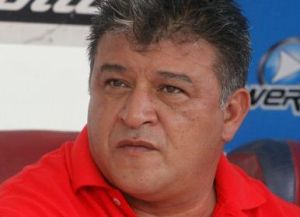 Claudio Borghi has come under fire from all angles (img: apurogol.net)

It has been a while since we discussed Chile on here, but when we do there are usually off-field matters to talk about first, taking focus away from crucial World Cup qualifying matches. And once again it is no different as La Roja prepares for the upcoming double header; away to Ecuador on Friday and Tuesday’s home match with Argentina.

Only this time Claudio ‘Bichi’ Borghi has had to contend with more than one problem. Firstly, he won’t be on the sidelines in Ecuador or Santiago. A four-match FIFA ban – reduced from five – means that assistant Jamie Vera will take charge from the touchline.

Borghi was given a suspension due to a confrontation with the Colombian officials in Chile’s 2-0 away victory against Venezuela that saw the coach sent to the stands. It was reported that Borghi used ‘racist’ language. A claim Borghi has vehemently denied; Borghi is very likely to be telling the truth, shown by FIFA’s reduced sentence and recent documents that shed light on the incident. Borghi’s only offence seems to be using overly aggressive language towards the fourth official.

END_OF_DOCUMENT_TOKEN_TO_BE_REPLACED 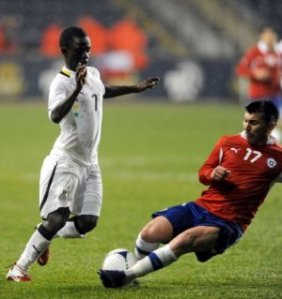 With the ‘Chile Five’ suspended and Mauricio Isla out injured for the rest of the season a relatively unfamiliar La Roja XI came from behind to draw 1-1 with a strong Ghana side in Philadelphia.

With six Universidad de Chile players selected there was a degree of understanding in the squad in terms of partnerships and style of play. Four La U players found starting berths as Osvaldo González and Jose Rojas lined up beside a former comrade in Marcos González in defence; changed days from the usual trio of Waldo Ponce, Gonzalo Jara and Pablo Contreras. Matías Fernandez played ahead of an in-form midfield duo of Marcelo Díaz and Gary Medel. Matías Campos Toro and Charles Aránguiz were stationed on the wing. There was no place for Napoli’s Eduardo Vargas as Humberto Suazo partnered Alexis Sánchez in attack.

The Black Stars went ahead four minutes before the break through first-half substitute Richard Mpong, sending the sodden Ghanaian fans into raptures; warming themselves up in the process if anything else. Sulley Muntari shrugged off the attentions of Gary Medel to give himself enough time to locate the run of Mpong with perfectly executed whipped pass around the backline on the wet surface. All Mpong had to do was run onto the ball and slide it past Claudio Bravo first time.

END_OF_DOCUMENT_TOKEN_TO_BE_REPLACED 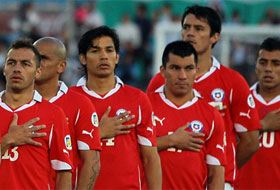 With a host of big names missing Claudio Borghi has named a predominantly home-based squad for the upcoming friendly with Ghana on Wednesday the 29th of February in Pennsylvania, United States.

Twelve of the 21 players selected ply their trade in the Primera División, and of that 12 half play for Universidad de Chile. And with six first team players called up it has caused a predicament for Jorge Sampaoli with La U pencilled in to play Cobreloa on the28th, a match rescheduled from the opening day.

Of course the ‘Chile 5’ are suspended while injuries have limited defensive options. Yet with 10 goals conceded in four World Cup qualifiers it gives ‘Bichi’ a chance to look at alternative options as he strives to give his expansive system a solid base. Audax Italiano’s Lucas Domínguez and O’Higgins’ Luis Casanova are unfamiliar names that have been given call-ups in defence.

END_OF_DOCUMENT_TOKEN_TO_BE_REPLACED

Claudio Borghi sprang a pleasant surprise for Chilean football fans by recalling Alexis Sanchez to La Roja’s squad for the crucial (they’re all crucial to be fair) World Cup qualifying double header with the Copa America finalists, Uruguay and Paraguay.

The Barcelona attacker missed the first pair of matches against Argentina and Peru due to a hamstring injury picked up against Real Sociedad in early September. Event though there is concern from Barcelona, amongst others, about his fitness Borghi had no qualms over calling him up to the 25 man sqauad.

Sanchez adds to the already bulging attacking talent at Bichi’s disposal. Attacking talent that persuaded the Chilean coach to go to Buenos Aires with three forwards and a ‘No 10’, only to suffer a 4-1 defeat before plundering four goals themselves in a devastating attacking performance against Peru in Santiago.